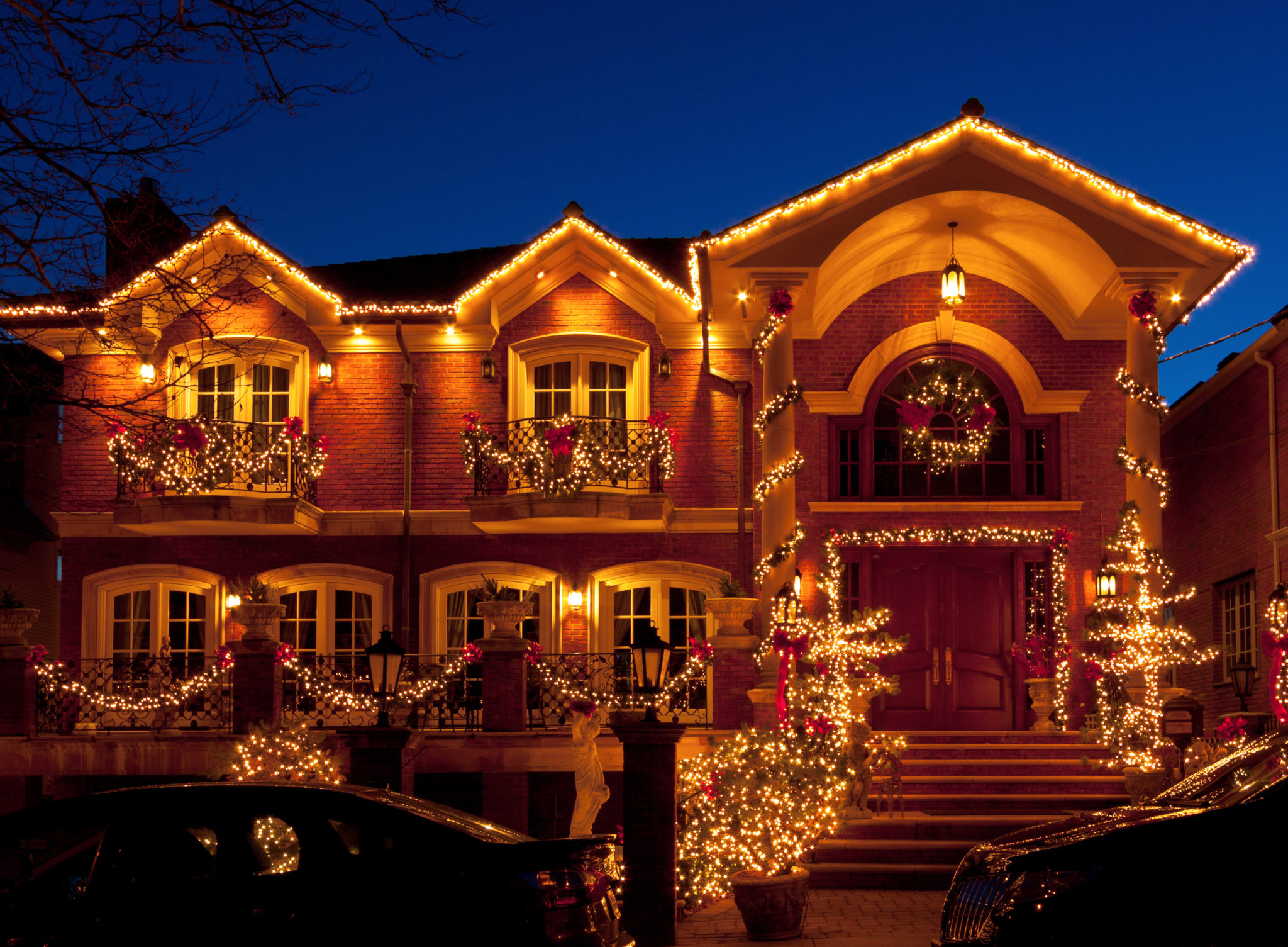 Give yourself a gift this year and call No Fuss Lights for design consultation on professional Christmas lighting installation.

No Stress Christmas with No Fuss Lights

No Fuss Lights is your one stop shop for all your lighting needs. Commercial and residential Christmas lights, event lighting and landscape lights, we do it all. We offer custom outdoor lighting design, installation, maintenance, removal, and storage for Christmas displays, events and parties, and landscape illumination. In addition to lights, we also offer wreaths, ribbons, ornaments, lighted archways, and a large selection of lawn displays.

Why No Fuss Lights

There are hundreds of people and businesses available that install Christmas lights. So why should you choose No Fuss Lights?

No Fuss Lights only uses our own high grade commercial Christmas lights to ensure optimal performance. This alleviates any questions or issues such as strand burn out often encountered with pre-owned lights.

In most cases renting lights is much easier & cheaper than buying them! As a leasing customer you have a guarantee that you have complete custom installation, worry-free maintenance, and proper removal of your display.

As owners of the lights, No Fuss Lights has a vested interest in how your lights are treated. We store and maintain your lights throughout the year so you have many trouble-free holidays for years to come.

We arrive at your house as professionals first and foremost, ready to do a proper job and treat you and your home like a valued client. <br />

Believe it or not there is a science to hanging Christmas lights correctly. You are working with electricity and its inherent risks.

We strive to be your Christmas light solution on a yearly basis, not just a one-shot job. Once this year is done, each custom-fit light strand is labeled for your home and stored by us ready to be used again next year.

A Cautionary Christmas Tale: Don’t Let This Happen to You!

Here’s a little holiday story we want to share with our readers. Once upon a time there was die-hard do-it-yourselfer. He mows his own lawn, fixes his leaky faucets, and even changes his own oil. That kind of guy…we all know them.

It was approaching the holidays, and he was inspired while watching The Great Christmas Light Fight on TV. He thought to himself, “Heck, yeah! I could do that.” So the next day he headed to his local big box store and loaded up his cart full to the brim with Christmas lights and decorations.

He arrived home and unloaded his purchases from the car while his kids watched in wonder. As he was walking across the lawn, the well-meaning do-it-yourselfer tripped on a landscaping rock and dropped the heavy load he was carrying. When he bent to pick everything up, he pulled a muscle in his back.

But he was a trooper, so he pushed through the pain because he didn’t want to let the kids down. They were so excited about the beautiful light display he was about to install.

He grabbed his rickety ladder, leaned it up against the house, and began installing the lights. But they were crooked. “Ugh,” he thought, “that’s not the look I’m going for.” So he started over. Still crooked. He started to perspire as he became more and more frustrated.

His wife came out to check on his progress. As he turned to look at her, he lost his balance and fell off the ladder, twisting his ankle. While he was laying on the ground, the mosquitos found him.

Back and ankle aching, dripping in sweat, and cursing to himself under his breath, still he pushed on. He didn’t want to disappoint the kids who were hoping to be the envy of the neighbors.

Several hours later, our sweaty, aching, itchy do-it-yourselfer finished decorating and was ready to behold his handiwork. He plugged the lights into an extension cord. Sparks begin to fly, singeing his eyebrows. Clearly, he miscalculated the electrical load.

Meanwhile, his neighbor across the street was enjoying a cold beer while watching the game. His brilliant No Fuss Lights were the talk of the neighborhood. This neighbor knew his limitations and understood that sometimes it’s just better to hire the experts.

This year, take a load off and let the professionals at No Fuss Lights bring some holiday cheer to your home. Not only will we install your lights, but we’ll also take them down and properly store them for you. You’ll be the envy of the neighborhood!

Be like the smart neighbor, and call us ASAP at 281-809-7021 for a free estimate. We serve the Greater Houston area, so our calendar fills up fast!

The Best Christmas Lights in Houston

If your family is like ours, they love driving around town and visiting local hotspots looking for the most amazing Christmas light displays in the Greater Houston area. As light installation professionals, we can certainly give props to our peers who light up the town!

While driving around in your own car is definitely the safest way to enjoy the holiday lights, many local tourist spots are requiring masks and working their hardest to keep you safe in 2020 despite COVID-19.

Here are a few of our favorite holiday light displays in Houston and surrounding areas:

Houston Zoo – Zoo Lights
Enjoy a cup of cocoa while you stroll around the beautifully decorated grounds of the Houston Zoo.

Lights in the Heights
Another neighborhood known for amazing displays is The Heights. You can check it out on foot or by car.

Sugar Land Holiday Lights
Billed as the “best holiday display in all the land,” Constellation Field in Sugar Land brings the season to life.

Sadly, the Magical Winter Lights at Gulf Greyhound Park in LaMarque is taking a year off in 2020 due to COVID-19, but be sure to plan a visit in 2021.

No matter where you live in the Greater Houston area, you can be sure to find amazing displays to enjoy in your neck of the woods.

After visiting these incredible displays, bring the magic to your home with professionally installed holiday lights by No Fuss Lights. Be sure to call us ASAP at 281-809-7021 for a free estimate. We serve the Greater Houston area, so we book up fast!

Bringing Light to the Holidays During Coronavirus

It’s no understatement to say that 2020 has been a year like no other. COVID-19 has turned all of our lives upside down, and we’re doing the best we can to cope with life during a pandemic.

Many of us are struggling with how to bring a sense of normalcy to the holidays this year, especially considering it’s all about gathering together with friends and families. How can we celebrate safely while COVID-19 is still spreading in our community?

Here are some tips for keeping the holidays festive and safe, even during the Coronavirus pandemic:

Even though we’re facing dark times, we can’t let the chaos and turmoil in our world bring us down. Instead, we need to bring more light in our lives. Christmas lights, to be specific.

Although we complain about Houston’s brutal summers, we’re so fortunate that fall and winter are pleasantly mild here, and we can enjoy being outdoors throughout the year.

Since we’ll be spending more time outdoors in this lovely weather, make sure your home’s exterior is up to par with outdoor lights by No Fuss Lights.

Lights aren’t just for Christmas anymore! We can decorate your home for all the holidays: Halloween, Christmas, Hanukkah, Kwanzaa and for pretty much any other occasion you can imagine.

We serve the Greater Houston area, so we book up fast. Schedule your appointment today!

How Big of a Fan Are You?

If you’re a Houston Astros, Texans, or Rockets fan, we’re betting your Christmas tree has at least one ornament featuring your favorite sports team.

If you deck out your entire Christmas tree in team-themed ornaments, then that means that you’re a true fan. Check out these Christmas trees on Pinterest.

Show Off Your True Colors

Not only will you be the envy of your neighbors, but you’ll also show the world who is really the biggest fan of all time. Do it right, and you might even become a photo opp for the neighbors (won’t they be jealous!) or make it onto the local news.

No Fuss Lights can set you up and save you hours of work during the busiest time of the year. We set up, take down and store your lights for you. Couldn’t be easier!

Do you decorate for the holidays with your favorite team colors? If so, we’d love to see some pictures. Show off your handiwork by sharing them on social media using the hashtag #nofusslights.

October 31 is right around the corner! Are y’all ready with your inflatable Frankensteins, spooky pumpkins and exterior Halloween lights? Wait…what?!?

Because Christmas lights aren’t just for Christmas anymore! They’re for Halloween, Hanukkah, Kwanzaa and pretty much any other major holiday you can think of.

We all know this time of year is crazy, so save yourself the time and hassle and let No Fuss Lights take care of ALL your exterior holiday lights.

Make Your Home a Fright!

Get into the spirit of the holidays, and make your home a showcase of the neighborhood and the envy of your neighbors. Whether you’re more of a Casper the Friendly Ghost or a serious Amityville Horror fan, No Fuss Lights has got you covered.

Instead of the same old lame pumpkins and hay bales, up your decorating game and get some unique lighting ideas here or on Pinterest. Add in your own creepy yard décor, and we’ll take care of installing, removing and storing your lights.

Orange is the obvious choice, but you could also go with orange and purple or green or blue for an equally spooky atmosphere. If you’re looking for super ghastly look (think haunted graveyard at night), try red and orange, which will look like flames! Add in some mummies, zombies, skeletons, ghosts hanging from the trees, giant spiders, and super creepy mood music, and your trick or treaters will be in for a frightful treat!

If you’re concerned about how to trick or treat safely this year, check out these suggestions:

The most important thing to remember: less is NEVER more when it comes to the holidays!

We at No Fuss Lights are very proud of the holiday lighting displays that we provide for Houston-area homes and businesses. Even so, we are humble enough to acknowledge privately-created Christmas displays that knock our socks off.

Not only do the lights blink and flash to music, but the windows display video screens that show footage of the Houston Astros and their World Series title celebration earlier this month. In addition, the lighting arrangements spell out various words (like “Astros” and “World Series Champions!”), and viewers can listen to the music, game broadcast audio, and interview comments from players on their own FM radios by tuning them to a specific frequency. (Oh, and you can also watch Santa Claus as he “works” inside the house!)

Since video of this home was first tweeted out on Monday, it has received over 6,800 Likes and more than 4,000 retweets as of noon Wednesday. (We won’t tell you exactly where it is, since the street it is on will become very crowded soon enough.)

We also want to remind you that time is running out to have No Fuss Lights design and install your Christmas light display. Though we can’t offer something like what you see in the video, we can help your home become the envy of the neighborhood!

Call No Fuss Lights today at 281-809-7021 for a free estimate. But do it today, because won’t be long before we are fully booked for 2017. Let us decorate your home this year with absolutely “No Fuss!” 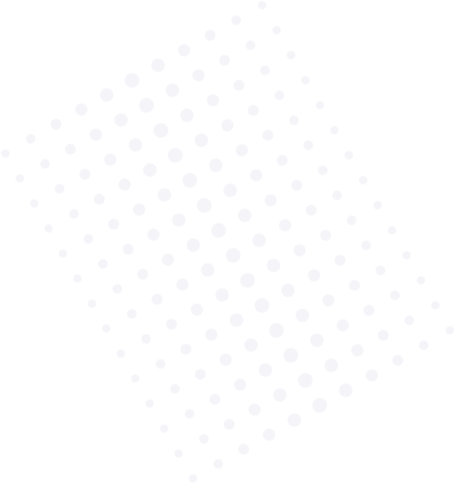