No Fuss Lights Believes in the Astros!

We at No Fuss Lights are just now getting our voices back from hollering well into Saturday night after the Houston Astros’ ALCS Game 7 victory over those dastardly New York Yankees at Minute Maid Park. Now, we’re ready to scream at our TV sets starting tonight when the ‘Stros battle the Los Angeles Dodgers in the World Series.

Sure, No Fuss Lights is happy that the Rockets have started off their season so well, but we’ve been infected with Astros Fever as much as any other Houstonian. And even though the series begins in LA, Houston might have a bit of an edge in Game 1.

Why? Because the expected temperature at the stadium at the start of tonight’s game is expected to be around 97 degrees. That’s unusually hot for this time of year in SoCal; but since Houston’s average high temperatures during the summertime are about 10 degrees above those seen in Los Angeles, hopefully our players might be less affected by the heat.

All times listed are Houston time.

If you’re as much of an Astros fan as we are at No Fuss Lights, perhaps you may want to line your front walk or yard with orange LED lights to show everyone the depth of your ‘Stros loyalty. Feel free to give No Fuss Lights a call at 281-809-7021 if you’re interested in having us come out and help you with that. 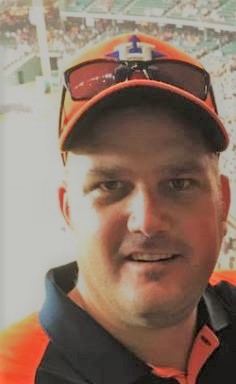